“Today, having a clear faith based on the Creed of the Church is often labeled as fundamentalism. Whereas relativism, that is, letting oneself be ‘tossed

Source: The Protestant Reformation: The Cause of Modern Relativism – Homiletic & Pastoral Review

‘Political Islamic organizations are the reason for perpetuating terrorism and hatred. These organizations are banned in most of the Islamic countries, while Europe, especially Britain, embraces them and allows them to operate freely. Europeans can only 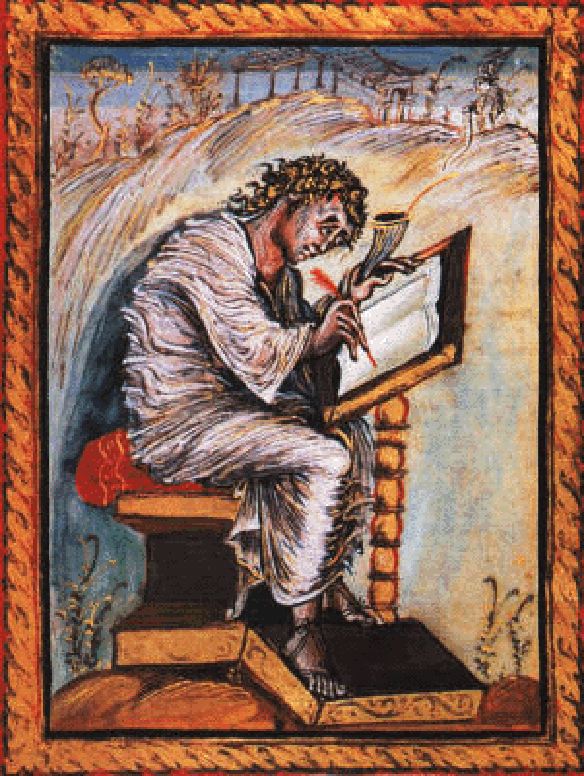 Matthew, Mark, Luke and John—the four canonical Gospels—have come down to us in Greek. From old Greek manuscripts, the Gospels we use today have been translated countless times, into countless languages. These translations all differ from one another, allowing for multiple versions of the same writings. With so many variations of each text, is any one version of a Gospel more accurate than the next?

In contrast, the Hebrew Bible was written in Hebrew, with a few short sections in a sister language called Aramaic. Were the canonical Gospels really originally written in Greek? In “Was the Gospel of Matthew Originally Written in Hebrew?” Biblical scholar George Howard presents formidable evidence from a little-known 14th-century manuscript that at least one of the Gospels, and perhaps more, may originally have been written in Hebrew!

“To Be Continued … The Many Endings of the Gospel of Mark” by Michael W. Holmes explores the nine versions of the last chapter of the Gospel of Mark that we have today. The shortest version ends with the empty tomb; Jesus is never seen again. In the longest, Jesus reappears three times before he rises to heaven.

The difference is critical—to Bible scholars trying to determine which ending is the earliest, to biographers mapping the course of Jesus’ life, to historians trying to trace how it came to be recorded, to theologians contemplating Jesus’ resurrection, and to curious readers who simply want to know how the story ends.

Austria’s proposed law is modelled on Germany’s much criticized NetzDG law, also known as the censorship law, which came into effect in January 2018 and requires social media companies to delete or block any online unlawful content within 24 hours or 7

I have been involved with music my entire life, from reciting nursery rhymes as an infant to writing popular music as an adult.

When I was a child, music was delivered on AM radio. If a person wanted to buy the song, it was usually available on a 33 1/3 RPM (revolutions per minute) bake alight disc and later on vinyl 45 RMP records. These were crude media that often scratched, broke or warped, rendering the music useless.

In high school, the invention of the 4 track tape was seen as the pinnacle of invention only to be followed by an even greater invention, the 8 track tape. By today’s standards, these were bulky, ineffective media. If you ever owned either, you’ll remember the tape occasionally getting entangled in the player resulting in a pile of knotted magnetic oxide.

The invention of the cassette tape addressed the bulk issue but…


Some interpretations of 1 Peter 3:20-21 put the interpreter in a quandary

A go-to passage for Christians who believe that baptism saves us is 1 Peter 3:20-21. The passage reads,

God’s patience waited in the days of Noah, during the building of the ark, in which a few, that is, eight persons, were saved through water. Baptism, which corresponds to this, now saves you, not as a removal of dirt from the body but as an appeal to God for a clear conscience, through the resurrection of Jesus Christ.

But some Protestants who deny the salvific efficacy of baptism argue that Peter isn’t saying baptism actually saves us. Rather, what saves us is the “appeal to God for a clear conscience,” which is interpreted as a pledge to God to follow Jesus, and baptism is merely an appropriate symbol for that confession of faith. Former Catholic and pastor of Shalom Messianic Congregation in Dallas, Texas, Dr. Todd Baker makes this argument:

Peter states in verse twenty-one the real purpose of baptism is the “appeal” or “answer” of a good conscience toward God. The believer makes the pledge that He will now follow Jesus Christ as His obedient disciple united with the Lord in His death, burial, and resurrection. Baptism is an appropriate symbol of this reality for a public confession and act upon the one baptized openly declaring he or she now trusts in Jesus Christ for the forgiveness of sins with a pledge or an appeal to have a clear conscience now, cleansed from all guilt, condemnation, and accusation, that provides a good answer before God.

So, does this alternative reading of 1 Peter 3:20-21 undermine the common Christian belief, which is held by the Catholic Church, that baptism saves?

Peter’s statement, “an appeal to God for a clear conscience” (v.21), which Baker interprets as a pledge we make to follow Jesus, is one of two statements that Peter intends to explain what he means when he says, “Baptism now saves you.” The other explanatory statement, which comes first and is set in opposition with the other, is “not as a removal of dirt from the body.”

This creates a few problems for Baker’s interpretation that baptism doesn’t save us and is merely a symbol of our pledge to follow Jesus. First, such an interpretation would entail Peter’s explanatory statements directly contradicting his principal point: “Baptism now saves you.”

It’s unreasonable to think Peter would make such an explicit statement about the salvific efficacy of baptism and then immediately afterward deny such efficacy in his explanatory remarks. If Peter meant for the pledge to be what saves us, and not baptism, then the pledge or appeal would not have appeared in an explanatory statement. It would have been the principal statement rather than the one that clearly is: “Baptism now saves you.”

Another problem with Baker’s interpretation, and the last that we’ll consider here, is that it doesn’t correspond with the logic of Peter’s comparison between baptism and the story of Noah and the flood. Peter introduces his comments about baptism by saying, “Baptism, which corresponds to this” (v.21). What is the “this” that Peter is referring to?

It’s the saving event of Noah and his family in the flood. As quoted above, the preceding verse, which tees up his comments about baptism, reads, “God’s patience waited in the days of Noah, during the building of the ark, in which a few, that is, eight persons, were saved through water” (v.20). It’s the salvation through water to which Peter sees baptism corresponding.

Now, if Baker’s assertion that Peter intends baptism to be merely a symbol were true, then we’d lose the parallel with Noah and his family being saved through water. Having water as the only thing that connects baptism to the story of Noah and the flood wouldn’t tell us anything significant about baptism.

Lest we lose the intelligibility of the parallel between baptism and the saving event of Noah and his family in the flood, we shouldn’t interpret Peter to be denying the salvific efficacy of baptism in 1 Peter 3:21.

Thus far we’ve shown why Baker’s interpretation that Peter intends baptism to be merely a symbol of one’s pledge to follow Jesus fails. But what should we make of Peter’s statement, baptism saves as “an appeal to God for a clear conscience”?

Well, there are a variety of opinions on how to read this statement. Some, like Baker, see this appeal as a pledge or “answer” with a good conscience to follow Jesus. And this is not beyond the pale because the Greek word for “appeal,” which is eperōtēma, can mean “answer” or “a commitment to do something.” Others translate eperōtēma as an “appeal,” as the Revised Standard Version does, the implication being that in baptism Peter is saying we make a request of God to give us a clear, or good (1 Pet. 3:16), conscience.

Regardless of how we translate eperōtēma, both correspond with the salvific efficacy of baptism. Take Baker’s view, for example. The pledge to God to follow Christ with a good conscience doesn’t preclude a sacramental understanding of baptism.

Christians who believe in the salvific efficacy of baptism profess that such a pledge to Christ is a necessary condition to receive baptism (in the case of an infant, the parents and the Church make such a pledge on behalf of the child). The pledge is part of the baptismal rite. And this pledge is made “with a good conscience,” either because it’s a sincere commitment and/or the person making the pledge in the baptismal rite is doing so having repented of sin, which is necessary to be baptized.

The view that translates eperōtēma as “appeal” fits with the sacramental view of baptism as well. If we believe that God interiorly cleanses our souls by giving us a good conscience through the waters of baptism, then submitting ourselves to the baptismal waters is a request that God effect within our souls a clear, or good, conscience.

In sum, it’s contrary to the actual text to claim that Peter is saying baptism is merely a symbol of our pledge to follow Christ. Furthermore, there’s nothing contradictory between Peter’s statement about baptism being an appeal to God for a good conscience and a salvific understanding of baptism. Consequently, there is no reason for a Christian to stop appealing to 1 Peter 3:20-21 as biblical justification of the belief in the salvific efficacy of baptism.

We’re asking one of the fundamental questions a Christian can ask: how do I know that what I have come to accept as the “teaching of Christianity” is true?