Let’s carve ourselves into wood,

Just you and I

So I can forever smell your lips

So I can prey on your lips when you sleep

Let’s carve our love into art

Here we can live more than a lifetime

We can inspire young hearts

Not stone, not gold, just wood

Life and fleshy tied to you,

Bundesliga leaders Bayern Munich resisted a second-half fightback by Eintracht Frankfurt to claim a 5-2 win behind closed doors ahead of Tuesday’s top-of-the-table clash at Dortmund.

Bayern cruised into a 3-0 lead with goals by Leon Goretzka, the league’s top-scorer Robert Lewandowski and Thomas Mueller at the Allianz Arena before Frankfurt rattled the hosts.

Defender Martin Hinteregger bagged two quick goals from successive corners when he volleyed home, then headed in to make it 3-2 on 55 minutes.

Canadian teenager Alphonso Davies settled Bayern’s nerves by reclaiming a ball he lost in the area to fire home the hosts’ fourth goal with an hour gone.

Hinteregger then claimed an unwanted hat-trick when he turned a Serge Gnabry shot into his own net to make it 5-2 on 74 minutes.

This was the second weekend of the Bundesliga’s restart, following a two-month hiatus, as the first top European league to resume during the pandemic.

A minute’s silence was held before the day’s five matches to remember the victims of COVID-19, which has so far claimed 8,216 lives in Germany.

Dortmund claimed a 2-0 win at Wolfsburg with goals by Raphael Guerreiro and Achraf Hakimi.

Dortmund coach Lucien Favre said the lack of fans’ noise in the stadium helped him give instructions.

“I think it’s positive that the players can now hear me better in the stadium,” said Dortmund’s Swiss coach, whose calls echoed around the empty terraces.

“Normally only my wide players can understand me.”

Dortmund winger Guerreiro opened the scoring in the 32nd minute when he tapped home a cross.

The visitors had a let-off early in the second-half when Wolfsburg winger Renato Steffen clipped the crossbar.

England winger Jadon Sancho helped sealed the win when he dribbled at the Wolfsburg defence, then laid a pass off to Hakimi, who fired home 12 minutes from time.

Wolfsburg had replacement Felix Klaus sent off for fouling Hakimi.

“We showed right after the start of the match that we wanted to win,” added Favre.

Bayer Leverkusen built on Monday’s drubbing of Werder Bremen by moving up to third place with a 3-1 win at Borussia Moenchengladbach, who dropped to fourth.

With the terraces at Borussia Park decked with 13,000 cardboard cut-outs of home fans, Leverkusen’s rising star Kai Havertz, who scored twice in the 4-1 rout of Bremen, again netted a brace.

With seven minutes gone, Havertz, 20, darted onto Karim Bellarabi’s pass into the area and fired home.

Havertz netted a penalty soon after when the video assistant referee spotted a foul on Bellarabi in the area.

Defender Sven Bender unwittingly sealed the win when a free-kick struck his shoulder and flew into the net nine minutes from time.

Second-from-bottom Werder Bremen claimed their first victory in eight league game with a 1-0 win at Freiburg.

Midfielder Leon Bittencourt hit the winner in the 19th minute with a long-range shot.

In the dying stages, Bremen had defender Philipp Bargfrede sent off for a second yellow card and Freiburg had a goal ruled offside.

The result leaves Bremen two points from 16th — which carries a relegation play-off at the end of the season — but six points from 15th, which guarantees safety.

Bottom side Paderborn are now nine points from safety with seven games left after their 1-1 draw at home to Hoffenheim.

On Friday, Hertha Berlin drubbed neighbours Union Berlin 4-0 at the Olympic Stadium in the derby to go 10th.

The EFCC arrested Meng Kun and Xu Koi with cash it said they offered as bribe in a bid to compromise ongoing investigations.

Source: The Prodigal Son and the Son of Jacob | Catholic Answers

1951 – Tibet annexed by China China formally annexed Tibet as an autonomous region on this day in 1951, giving rise to a Tibetan independence movement—led by the Dalai Lama, winner of the 1989 Nobel Peace Prize—that continued into the early 21st century.

1915 – Italy declared war on Austria-Hungary, entering World War I on the side of the Allies.

1430 – Joan of Arc was captured by Burgundians near Compiègne, France.

Source: Moderna and the COVID Vaccine: What Kind of Lunacy?

By halting the security crackdown on Hamas, Abbas would be paving the way for terrorists to kill him and his associates in the West Bank, as they had already begun to do in 2007 in the Gaza Strip, and possibly again in a coup in 2014. If and when Abbas

And I just revel in it, the gentle blending of our hearts
Into a seamless, perfect whole
The tingling touch of skin against the soft satin skin
The fragrance heady emanating from the bosomic valley
With the perpetual communion of the soul to soul in the background. 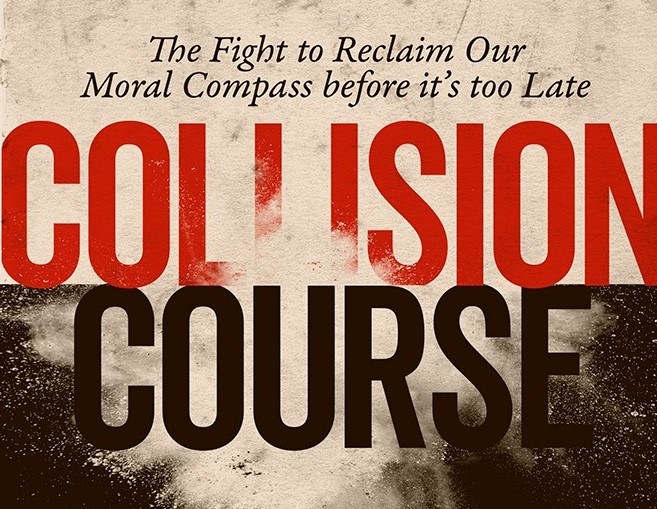 Truth is becoming an endangered species in America because our moral compass is broken.  The COVID-19 pandemic is just the latest petri dish into which truth has gone to rot like a dead fish.  It seems as if no one tells the truth anymore and in part that’s why America is failing.

It used to be a man’s word was his bond, the professional classes were mostly honest and government shot straight with citizens.  After all, America was built on trust in our leaders and its citizens.

Founder John Adams said as much: “Our constitution was made for a moral and religious people. It is wholly inadequate to the government of any other.” Our early leaders were known for their integrity.

President George Washington supposedly said “I cannot tell a lie.”  Abraham Lincoln, our greatest president, was known as Honest Abe.  But honesty, truth even from…