In 2 Corinthians 7:13-16 Paul recounts the blessing of Titus’ visit to the church at Corinth. His carrying of Paul’s letter and subsequent impact of it was a blessing to Paul. “Therefore we are comforted. And besides our own comfort, we rejoiced still more at the joy of Titus, because his spirit has been refreshed by you all.” The experience Titus had in Corinth, and the report he brought back to Paul, was more than encouraging. It showed that Paul’s attempts to drive repentance had worked and God had done a work in the church through Titus and the letter. It was cause for rejoicing and celebration.

Paul had been “hopefully” boasting to Titus that the Corinthian Christians would respond well to the severe letter.  But it is unlikely that Titus was equally as sure!  “For whatever boasts I made to him about you, I was not… 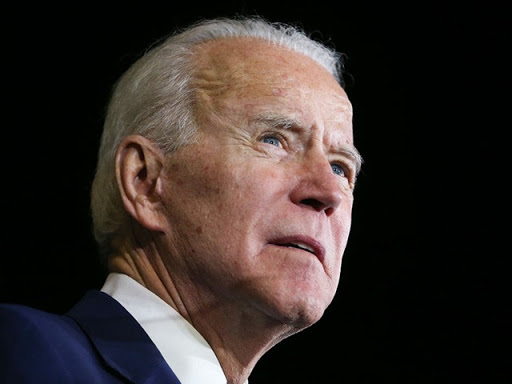 Planned Parenthood finally took a position on the allegations of sexual assault lodged against Joe Biden (D) after weeks of silence, withPlanned Parenthood Action’s acting president stating thatsurvivors “should be heard, listened to, [and] taken seriously.”
— Read on http://www.breitbart.com/politics/2020/04/30/planned-parenthood-turns-on-democrat-candidate-tara-reade-deserves-to-be-heard-joe-biden-must-address/

Former vice president Joe Biden, the presumptive Democratic presidential nominee, on Friday morning categorically denied that he had sexually assaulted a former staffer in 1993 in his first public statement on the allegation.“They aren’t true. This never happened,” Biden said in a written statement. He then repeated his denial on MSNBC’s “Morning Joe” show.

They were his first public comments on the allegations that progressive activists and women’s groups have in recent weeks pressured him to address. His campaign issued a statement in early April denying the allegation.Tara Reade, a former staffer for Biden when he served in the Senate, said in March that Biden assaulted her in the basement of a Capitol Hill office building. Reade said Biden pushed her up against a wall, reached under her clothing and penetrated her with his fingers.

“I recognize my responsibility to be a voice, an advocate, and a leader for the change in culture that has begun but is nowhere near finished. So I want to address allegations by a former staffer that I engaged in misconduct 27 years ago. They aren’t true. This never happened,” Biden said in the statement.

Pressure has grown in recent days for Biden to address the allegations after a former neighbor of Reade told Business Insider that Reade told her about the alleged assault shortly after it happened. Another woman who had worked with Reade in the mid-1990s in California also told the publication that she remembered Reade telling her at the time that her former boss in Washington, DC, had sexually harassed her, and that Reade had been fired after raising concerns.

1889 – May Day founded On this day in 1889, May Day—traditionally a celebration of the return of spring, marked by dancing around a Maypole—was first observed as a labour holiday, designated as such by the International Socialist Congress.

1961 – The first major airplane hijacking within the United States occurred when a man forced a commercial airliner en route from Miami to Key West, Florida, to detour to Cuba.

1898 – The Battle of Manila Bay ended in the defeat of the Spanish Pacific fleet by the U.S. Navy, resulting in the fall of the Philippines and contributing to the final U.S. victory in the Spanish-American War.

Source: The Pandemic Is Deepening America’s Many Divides


“If your forgiveness is warranted only after your offender apologizes, then your forgiveness becomes a kind of passive appraisal of his behavior: You forgive him without compromising yourself when you see he has made a commitment to repair relations with you. But then you are merely acknowledging that your need to protest—to highlight his wrongdoing—is no longer necessary. Even if your choice to forgive can have the effect of ratifying his apology, we are still left to wonder how you are active in making the choice itself. So, the original worry has not gone away: “forgiveness” seems more like registering the truth of the moral situation and less like an exercise of will.

“There is a simple way to overcome this problem if we think of how you might see your offender separately from his offense. One thing nobody can deny is that we all do unjustifiable, inexcusable wrong, for which we do not simply want to be understood; we want to move forward in relationships in which we are not defined by this wrongdoing; yet we cannot prove that we are worthy of this. In forgiving us, the victim of our wrongdoing gives us a chance to do this. Forgiveness enables us to not fix our attitudes towards each other on the basis of our worst acts, without condoning wrongdoing, but without having to prove that we are worthy of this change in attitude.”

A move by the House of Representatives to repeal the Quarantine Act and enact the Control of Infectious Diseases bill stirred controversy on Thursday.

Snitches Should Be SHUNNED By Society

The Communist, piece of garbage, FAKE Italian, Mayor Garcetti of L.A. thinks snitches will get rewards…. Maybe by the government but NOT by society….

When I grew up, if a person was caught ‘snitching’, that person was totally outcast, beaten up,  treated like a piece of garbage and was NEVER trusted.  If you have reason to believe that someone has snitched on you or any of your friends, do NOT go near that person.  Give that person dirty looks.  Stay far away.  Mock that person, laugh at that person and give that person that mark of the squealer if you happen to be accosted by the snitch.

Any person willing to call the cops over a mask or gloves or whatever should absolutely be shunned.

How can you find out if a person is a snitch.  Thankfully, most Leftist fascist statists are ugly…