”For every minute you remain angry, you give up sixty seconds of peace of mind.”

Anger is complex, isn’t it?  You want a peaceful world, but you don’t always feel peaceful inside. Sometimes your anger burns so strongly that you explode, and then find you’ve made matters worse.  Other times, you try to restrain your fury. But what happens when you bury displeasure inside of yourself, especially if you do so consistently? It shows that anger, when overly expressed or suppressed on a regular basis, can damage your physical or emotional health. 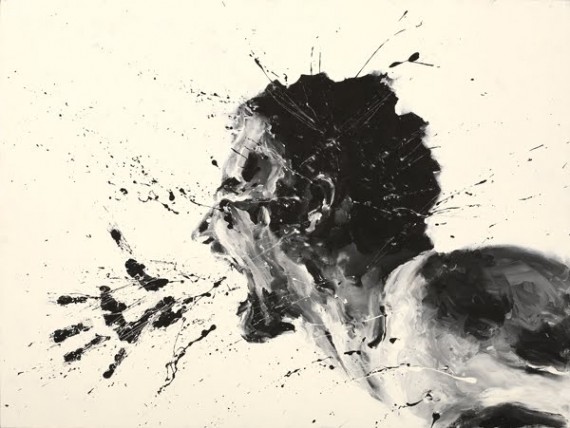 What I Know About Anger:-

I’m not an angry person.  But right now, I’m dealing with exasperating circumstances in my life that make me boil at times.  I confess I haven’t been a perfect angel.  I’ve vented a time or two.  But I also see these provocations as a chance to learn how to walk through…

via ‘Fake’ Saudi Prince Busted After Being Caught Eating Pork

The Adamawa State government has instructed the presidential campaign office of Gombe state governor, Ibrahim Dankwambo, to remove his giant billboard in Yola because it was erected on a space allocated as a parking space for commercial tricycles known as “Keke Napep”.

The notice was given to Mr. Dankwambo via a letter from Adamawa State Urban Planning and Development Authority Yola dated July 12.

In the notice signed by the Director, Town Planning on behalf of the General Manager, the agency, said its decision is “ in accordance with section 34 and 37 Adamawa State Urban and Regional Planning Law ADS Law No. 3 of 2010”.

The letter acknowledged that the Dankwambo campaign organization had submitted an application to the authority on July 9 requesting for approval to place the billboard.

The billboard is currently placed at a roundabout closed to Yola International Airport.

Giving further reasons for disapproving the request, the Urban Planning authority said: “ the site was already allocated to Keke NAPEP as parking space”.

It also asks the Gombe governor “ to remove the billboard within 24 hours or have it removed by the authority”.

It also advised him to “look for another site for approval by the authority before posting” the billboard.

Mr. Dankwambo who is aspiring to pick the ticket of the opposition Peoples Democratic Party (PDP), however, alleged foul play on the matter.

Speaking through one of his political associates and a spokesperson for the campaign, Dahiru Kera, Mr. Dankwambo said the urban planning at first asked for a payment of one million as fees for the billboard.

‘’We were contacted through our contact by the task force that we must to pay one million naira on the billboard and its quite shocking that even after agreeing to pay the hefty sum as requested by the authority, they vehemently rejected it and said, they’ve reached a decision to dismount the billboard and the task force has been instructed to do that immediately,” Mr. Kera said.

He also lamented that a democratically elected government is working hard to undermine the rights of an individual to aspire and contest for an elective office.

“ Nigeria belongs to all of us and Adamawa State is part of Nigeria and Dankwambo has the right like any other Nigerian to mount his billboard anywhere within the country.

“ We, therefore, strongly condemned this dastardly act and the undemocratic behavior of the Adamawa State Government.

“ It’s good to note that destroying a billboard which is the last kick of a dying horse, isn’t going to change anything, Nigerians are determined to vote out this fake government from power come 2019 and no amount of intimidation, browbeating, and scare tactics can change their position,” Mr Kera said.

In John 14:1-6 Jesus has just finished washing the feet of the Twelve and revealing that one of them would betray Him.  But here in chapter 14 He shifts the focus to what will happen after He is gone. “Let not your heart be troubled. You are trusting God, now trust in me”. The disciples had reason to be troubled. Jesus had just told them that one of them was a traitor, that all of them would deny Him, and that He would leave them that night. All of this would legitimately trouble the disciples. His disciples felt His coming departure like a torture. And it was then that He consoled them with His simple and glorious speech.

He gives them comfort by describing what lies ahead for all Christ Followers.  “There are many homes up there where my Father lives, and I am going to prepare…


Do you think you are a Good Listener? Or have you ever complimented anyone that he or she is a good listener? What an accolade!

Take a minute and think, of all the people you know in this lifetime how many of those are fit to be tagged as Good listeners. For many of us, the count is very few.

Now the question is ‘Who is a good listener’?  Is it someone who lets you finish your sentences or someone who exhibits some amount of empathy towards you or someone who gives you some appropriate feedback while you’re talking. Well, it is surely all of this and much more.

A good listener is someone who won’t try to obstruct your thoughts, will let you express your self without narrowing or having any preconceived notions of where the conversation is headed. A person with that skill provides you with genuine feedback that he or she is following as you talk regardless of the fact that he or she is in agreement or a disagreement. Most importantly a person is a good listener if he or she is not necessarily waiting to respond or reply but is just giving you a platform to speak and let your thoughts out.

If you are still thinking if you are a good listener, well here are a few things which may make you one ~

For starters, you demonstrate appropriate gestures when others are talking like nodding your head, looking at the person who is talking, etc. You have a natural ability to respond well to other’s emotional expressions. You have a fine understanding of pause, stop or abrupt swing of tone while others talk. You do not hold yourself while exhibiting your sensitivities towards other peoples thoughts, feelings, and emotional outbursts. Pat your back if you relate to any of these mentioned above. Guess what, You seem to be a Good Listener!

“Listening often is the only ‘help’ needed”

The above holds true for most occasions, Listening eliminates significant problems and often facilitates solutions. Next time if someone is seeking an advice, or is complaining try to listen ~ you’d be surprised knowing you have helped the person already!

In this age of social media explosion, being able to listen or to find someone who listens are both of prime relevance. We have never needed this skill more than in today’s time when conversations have become very shallow. We often use justifications such as lack of time, which keeps us away from olden times type slow and long conversations. Well, ever wondered who will talk if there is no one to listen.

Listening is just not important for others but for the self too. Listening enhances our learning and emotional understanding of self and others. It basically the fuel for sustaining any conversation. Next time when you are in conversation, try to ask yourself ‘are you listening‘?

via President Trump has NATO for Breakfast…

People responsible for supplying the world with gold are sounding the alarm, saying discoveries of the precious metal are shrinking and there’s no reasonable substitute.

Mining companies are no longer finding new deposits of gold to replace their aging mines. South Africa’s 140-year-old gold industry – which was once the world’s largest – is currently facing a major crisis. The country’s mineral council says 75 percent of gold mines are unprofitable or barely making money.

We were all talking about how production was going to increase every year. I think those days are probably gone,” said Nick Holland, CEO of South Africa’s largest gold producer Gold Fields.

He was echoed by Rudy Fronk, chairman, and CEO of Seabridge Gold, who noted that “Peak gold is the new reality in the gold business with reserves now being mined much faster than they are being replaced.”

According to Kevin Dushnisky, president of mining giant Barrick Gold, “Falling grades and production levels, a lack of new discoveries, and extended project development timelines are bullish for the medium and long-term gold price outlook.”

The biggest warning comes from mining executive Ian Telfer, chairman of Goldcorp. In an interview with Financial Post, he said: “If I could give one sentence about the gold mining business… it’s that in my life, gold produced from mines has gone up pretty steadily for 40 years. Well, either this year it starts to go down, or next year it starts to go down, or it’s already going down… We’re right at peak gold here.”

One of the most well-respected and knowledgeable mining experts in the world, Pierre Lassonde, also says we’re reaching ‘peak gold.’