The journalist who led the Panama Papers investigation into corruption in Malta was killed on Monday in a car bomb near her home.

Daphne Caruana Galizia died on Monday afternoon when her car, a Peugeot 108, was destroyed by a powerful explosive device which blew the vehicle into several pieces and threw the debris into a nearby field. 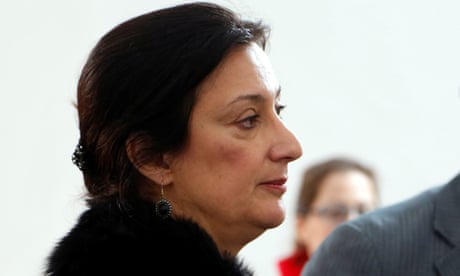 A blogger whose posts often attracted more readers than the combined circulation of the country’s newspapers, Caruana Galizia was recently described by the Politico website as a “one-woman WikiLeaks”. Her blogs were a thorn in the side of both the establishment and underworld figures that hold sway in Europe’s smallest member state.

Her most recent revelations pointed the finger at Malta’s prime minister, Joseph Muscat, and two of his closest aides, connecting offshore companies linked to the three men with the sale of Maltese passports and payments from the government of Azerbaijan.

No group or individual has come forward to claim responsibility for the attack.

Malta’s president, Marie-Louise Coleiro Preca, called for calm. “In these moments, when the country is shocked by such a vicious attack, I call on everyone to measure their words, to not pass judgment and to show solidarity,” she said.

After a fraught general election this summer, commentators had been fearing a return to the political violence that scarred Malta during the 1980s.

In a statement, Muscat condemned the “barbaric attack”, saying he had asked police to reach out to other countries’ security services for help identifying the perpetrators.

“Everyone knows Ms Caruana Galizia was a harsh critic of mine,” said Muscat at a hastily convened press conference, “both politically and personally, but nobody can justify this barbaric act in any way”.

Muscat announced later in parliament that FBI officers were on their way to Malta to assist with the investigation, following his request for outside help from the US government.

The Nationalist party leader, Adrian Delia – himself the subject of negative stories by Caruana Galizia – claimed the killing was linked to her reporting. “A political murder took place today,” Delia said in a statement. “What happened today is not an ordinary killing. It is a consequence of the total collapse of the rule of law which has been going on for the past four years.”

According to local media reports, Caruana Galizia filed a police report 15 days agoto say that she had been receiving death threats.

The journalist posted her final blog on her Running Commentary website at 2.35pm on Monday, and the explosion, which occurred near her home, was reported to police just after 3pm. Officers said her body had not yet been identified. According to sources, one of her sons heard the blast from their home and rushed out to the scene.

Caruana Galizia, who claimed to have no political affiliations, set her sights on a wide range of targets, from banks facilitating money laundering to links between Malta’s online gaming industry and the Mafia.

What are the Panama Papers? A guide to history’s biggest data leak

What is Mossack Fonseca, how big is it, and who uses offshore firms? Key questions about one of the biggest ever data leaks
Read more

Over the last two years, her reporting had largely focused on revelations from the Panama Papers, a cache of 11.5m documents leaked from the internal database of the world’s fourth largest offshore law firm, Mossack Fonseca.

The data was obtained by the German newspaper Süddeutsche Zeitung and shared with media partners around the world, including the Guardian, by the International Consortium of Investigative Journalists (ICIJ) in Washington.

Her family have filed a court application demanding a change of inquiring magistrate. Investigations into the case are being led by Consuelo Scerri Herrera, the magistrate who was on duty at the time. But Herrera had come under criticism by Galizia in her blog. The family’s petition states that they “have no trust” in Scerri Herrera and “do not believe that she can conduct a magisterial inquiry through the seriousness and impartiality that is needed in the search for truth”.

Earlier this year, during Malta’s presidency of the European Union, her revelations caused major concern in Brussels.

MEPs openly called for Muscat’s departure amid a growing scandal involving his wife, a Panamanian shell company and alleged payments from the president of Azerbaijan’s daughter.

Muscat, who has been premier since 2013, went to the polls a year early after his wife was implicated in the scandal. He has always denied any wrongdoing and promised to quit if any evidence emerges of his family having secret offshore bank accounts used to stash kickbacks – as Caruana Galizia had alleged.

Responding to news of the attack, the German MEP Sven Giegold, a leading figure in the parliament’s Panama Papers inquiry, said he was “shocked and saddened”.

“It is too early to know the cause of the explosion but we expect to see a thorough investigation,” said Giegold. “Such incidents bring to mind Putin’s Russia, not the European Union. There can be absolutely no tolerance for violence against the press and violations of the freedom of expression in the European Union.”

Opposition politicians claim rule of law has been under threat since Muscat returned Malta’s Labour party to power in 2013 following a long period in opposition. Four police commissioners have resigned under his leadership. The fifth, Lawrence Cutajar, took up his post in August 2016.

Caruana Galizia was 53 and leaves a husband and three sons.

3
0
0
A far left Harvard Professor has outlined a plan that would see Donald Trump removed from the Presidency, and Hillary Clinton installed in his place.

Lawrence Lessig, a leftist political activist who once briefly entertained a run for the Democratic nomination, laid out a five-step plan on Medium, prompting Newsweek to share the post: 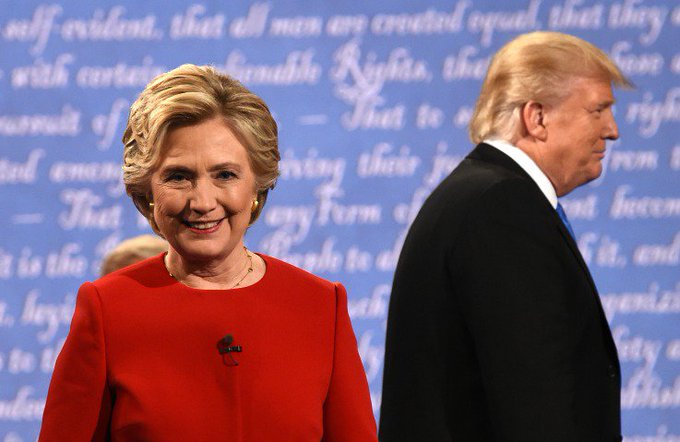 Lawrence Lessig lays out how Hillary Clinton could end up in the Oval Office http://bit.ly/2yqcwQf

Needless to say, the details leave a lot to the imagination, and quite clearly the idea falls firmly into the realms of fantasy.

A Harvard professor wrote this and it barely rises to the level of the bad blogging of a HuffPost commenter.https://twitter.com/Newsweek/status/920029110423965697 …

Lessig’s plan involves Trump being impeached for colluding with the Russian government during his election campaign, for which there is no evidence, and hasn’t been any evidence forthcoming for over a year now.

Once that happens in Lessig’s fantasy, he then suggests Vice President Mike Pence would resign.

In the final stage of the plan, Speaker Paul Ryan would be urged to “do the right thing,” and also resign, but not before installing Hillary Clinton as Vice President, thus leaving her to become the President.

“The answer seems unavoidable: He should nominate the person defeated by the treason of his own party, and then step aside and let her become the president,” Lessig writes.

“Without doubt, if Ryan did the right thing, that would be the most extraordinary event in the history of America since the Confederate Army fired on Fort Sumter. But unlike that, this event would build the union, not divide it.” he exclaims.

“Of course, this is the sort of thing that’s unimaginable in Washington today. But that’s why we need to start imagining it, now.” Lessig states.

“I realize this all sounds crazy right now.” Lessig adds, further stating “But we should try.”

“We should try at least to work through what should happen if the unthinkable happens. Because when it happens, we won’t have much time to think.” he writes.

Source: The Web of Life

Source: Spies on Campus: The CIA and the FBI from the Indochina Wars to the “War on Terror”

via Vegas shooter is new model for ISIS attackers in U.S.

Orthodox Catholics are facing “persecution” – and not from secularists, but from their fellow believers. That’s the startling claim made last week by Professor Josef Seifert, the philosopher and friend of St John Paul II. His remarks echoed some recent comments from Cardinal Gerhard Müller, who told the National Catholic Register that Vatican officials and university teachers were “living in great fear”. And Seifert and Cardinal Müller are only saying publicly what many will say in private.

In researching this article, I have heard from priests and academics on four continents who, as soon as I raised the subject of intimidation, immediately requested anonymity. Some referred to their need to earn a living or support a family. One professor quipped: “I am not ready for white martyrdom” – a theological term for the acceptance of great (but non-fatal) suffering for the faith.

Depends who has the…