Nigerian President Muhammadu Buhari has come under fire from critics after admitting part of his recent “Change Begins With Me” speech was copied from US President Barack Obama’s 2008 victory speech.

Buhari announced the social initiative earlier this month urging Nigerians to stop bribing and littering in a programme that continues his “war against indiscipline” launched while serving as military ruler in the 1980’s.

“We must resist the temptation to fall back on the same partisanship, pettiness and immaturity that have poisoned our country for so long,” Buhari said at a ceremony held in the nation’s capital of Abuja.

The presidency was forced to issue a statement late Friday night acknowledging that the line was lifted from Obama.

“It was observed that the similarities between a paragraph in President Obama’s 2008 victory speech…are too close to be passed as coincidence,” presidential spokesman Garba Shehu said in a statement, adding that… 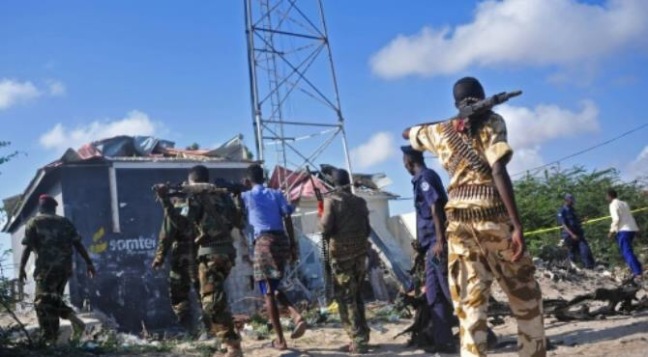 A top Somalia general known for fighting the jihadist Shabaab group, was killed on Sunday when a suicide bomber rammed an explosives-packed car into his vehicle, officials and witnesses said.

General Mohamed Roble Jimale Gobale was killed along with four of his security guards in the attack in the capital Mogadishu that was claimed by the Al-Qaeda linked Shabaab.

‘There was a heavy blast caused by a car loaded with explosives,” said security official Abdiaziz Mohamed.

“Several members of the military were killed in the incident, including a senior commander.”

Witnesses said Gobale’s vehicle was travelling on the road when another vehicle rammed it, causing a massive blast.

The attack took place after the convoy had left the military hospital and was heading towards the defence ministry.

“The blast was very huge, I saw smoke and fire overshadowing the whole area,” witness Abdi Hassan told AFP, saying he understood that…

Multi-sided geopolitical interests are colliding in Syria where the US-funded “moderate rebels” are now turning against the United States armed operatives embedded with the Free Syrian Army who are only after the fall of the Assad government, but not willing to give way to total US control either.

The days when newspapers could rely on ad revenue are gone. Image by Dean (leu)

Every so often a journalism student sends me questions for an assignment. I publish the answers here in the FAQ series. The latest set comes from a student in Australia, and focuses on the local press.

1. Is the reader not worth as much on the internet?

Readers have always been worth different amounts in different contexts. It’s not that the reader is ‘not worth as much on the internet’, but that most readers on most websites are worth less.

At least 29 people suffered non-life threatening injuries in an explosion which occurred in a crowded Chelsea neighbourhood in Manhattan on Saturday night. According to the New York Fire Commissioner, Daniel Nigro, one person was seriously injured.

“Tonight, New York City experienced a very bad incident,” de Blasio said at a news conference near the scene. “We have no credible and specific threat at this moment”. 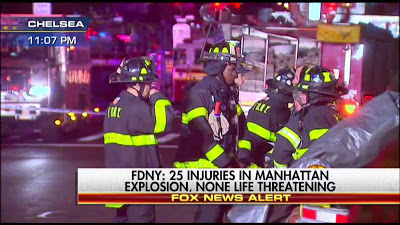 De Blasio said the blast was “an intentional act” and tried to calm any fears among nervous New Yorkers, saying the explosion had no terrorist connection and wasn’t related to a pipe bomb explosion earlier Saturday in New Jersey at a charity run.

A law enforcement official said the explosion appears to have originated from a construction toolbox in front of a building. The official spoke on condition of anonymity because… 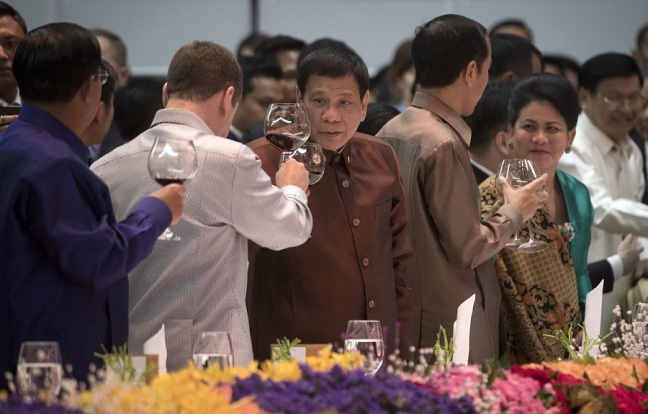 Tired of being pushed around by the Americans, the Philippines is opening out to Russia in a major way.

Last May’s London Anticorruption Summit seems a long time ago now, given everything that’s happened in the intervening months (especially Brexit and the resulting downfall of David Cameron, who convened the Summit in the first place). But many in the anticorruption community are still hopeful that the London summit, and perhaps future events like it, can help spur more serious international progress on the fight against corruption. As regular GAB readers might recall, shortly after the summit I went through each of the individual country statements to try to figure out what sorts of promises or announcements each of the summit participants had made with respect to several issue areas–those blog posts are here and here.

As I acknowledged in the posts, my efforts were quick & dirty & preliminary. I’m happy to report that Transparency International undertook a much more thorough and systematic effort to go through each…