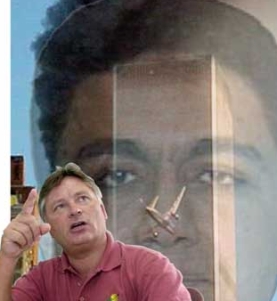 – “…Another thing that’s somehow escaped notice is the heroin and cocaine trafficking going on at the tiny Venice, Florida Airport on a plane owned by the man whose flight school taught Mohamed Atta to fly – Huffman Aviation owner’s Lear jet, flew  39 weekly drug flights from Venezuela to Florida, and then on to its eventual destination, Teterboro Airport outside of New York City”:

(THE DAY AFTER SEPTEMBER 11 – ByDaniel Hopsicker)

THEY NEEDED HER TO GET PAST BERNIE

It’s now clear the Presidential Election of 2016 is what theologians speak of when discussing the condition known as Living Hell.

As Hillary was wilting in the hot sun yesterday, which was, presumably, bad, there were calls for more transparency about the now-undoubted Saudi involvement in the…