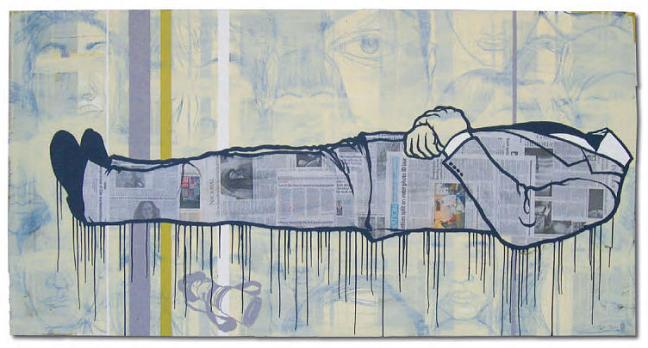 – “…The Clinton machine has effectively infiltrated corporate media. Last year, the Intercept reported MSNBC failed to disclose that multiple pundits who spoke favorably about Clinton were actually employees of a consulting firm hired by her campaign”:

In a revealing statement that flew largely under the radar earlier this month, the mainstream media admitted it would never recover from its irresponsible and negligent coverage of the 2016 presidential election. A recent column published in the New York Post referred to the media’s reporting as “the complete collapse of American journalism as we know it.”

In his article for the Post, Fox News contributor Michael Goodwin discussed the media’s pro-Clinton bias – one recognized by supporters of virtually every other presidential candidate, from Bernie Sanders to Jill Stein to Gary…

The shopkeeper told the nun that it was she who did not understand: she still had to pay. To the embarrassment of the English volunteer who had driven her to the shop, a standoff ensued, with the nun and the owner reiterating their positions over and over. Eventually the customer waiting behind with his own trolley told the shopkeeper: “It’s all right, I’ll pay for hers.” “See?” the wily nun said to the volunteer as they loaded his boot, “I told you God would… 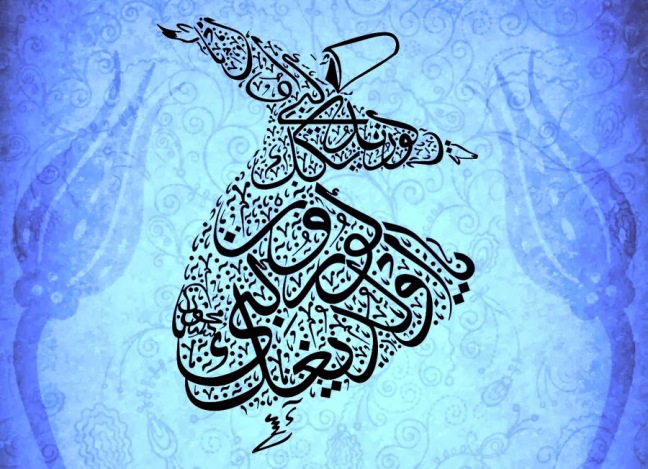 – “…One of the central strands in Gurdjieff’s belief-system was the principle of world-creation and world-maintenance, which he said was derived from “an old Sumerian manuscript” discovered by a great Kurdish philosopher. The doctrine can be summed up very simply: “Everything that exists maintains and is maintained by other existences.” Peculiar to Sufism and appearing in no other religion, it states that the whole of the universe is a web of mutually supporting systems, “apparatuses for transforming energy,” each one of which produces the means of sustenance for others”:

(G.I. Gurdjieff & the Hidden History of the Sufis – By VICTORIA LEPAGE)

Sufism belongs in spirit to the modern age. It has an affinity with it; it is in tune with secularism, with the modern thirst for objective knowledge. Yet the Sufi tradition is immensely old. In some quarters a belief still persists that it is a…

My heart pounds as I think of this. It trembles within me. Listen carefully to the thunder of God’s voice as it rolls from his mouth. It rolls across the heavens, and his lightning flashes in every direction. Then comes the roaring of the thunder— the tremendous voice of his majesty. He does not restrain it when he speaks. God’s voice is glorious in the thunder. We can’t even imagine the greatness of his power. (Job 37:1-5)

Relate: Istanbul doesn’t get truly great storms. I can’t say that as a universal truth, they do occasionally happen but not nearly with the frequency of New York. While I would take winters here over winters back there in a heartbeat, I do miss the near weekly summertime storms that rattle the windowpanes, set off car alarms, and rip all the dead branches…

We have been debating gun control on the blog. I live in the city, so I want no one to have a gun but police and active duty military.

Our beloved reader, Duane, is a hunter, and he defends all kinds of guns, including semi-automatics.

Just read this. A woman driving to work. A man runs a red light and smashes into the woman’s car. Man’s car rolls over. Man jumps out with his AR-15 and shoots woman dead. Incisive article originally published by GR in September 2014.  Terror attacks or mass shootings allegedly perpetrated by the ISIS, the question that should be asked: who are the State sponsors of  Al Qaeda and the ISIS?  (M.Ch. GR Editor).

Much like Al Qaeda, the Islamic State (ISIS) is made-in-the-USA, an instrument of terror designed to divide and conquer the oil-rich Middle East and to counter Iran’s growing influence in the region.

The fact that the United States has a long and torrid history of backing terrorist groups will surprise only those who watch the news and ignore history.

The CIA first aligned itself with extremist Islam during the Cold War era. Back then, America saw the world in rather simple terms: on one side, the Soviet Union and Third World nationalism, which America regarded as a Soviet tool; on the other…

A drug that destroys the characteristic protein plaques that build up in the brains of patients with Alzheimer’s is showing “tantalising” promise, scientists say.

Experts are cautious because the drug, Aducanumab, is still in the early stages of development.

But a study in Nature has shown it is safe and hinted that it halts memory decline.

Larger studies are now under way to fully evaluate the drug’s effects.

The build-up of amyloid in the brain has been a treatment target for many years.

This study, of 165 patients, was designed to test Aducanumab was safe to take.

After a year of treatment, it also showed the higher the dose the stronger the effect on amyloid plaques.

The researchers then carried out tests on memory and found “positive effects”.

However, 40 people dropped out of the study, half because of side effects they experienced…

This post is for aspiring actors and models in Nigeria. Follow the steps in the image that reflects the occupation of your choice.

After nationwide outrage from 10’s of thousands of citizens all over the country signing online petitions and demanding the unseating of California Superior Court Judge Aaron Persky. 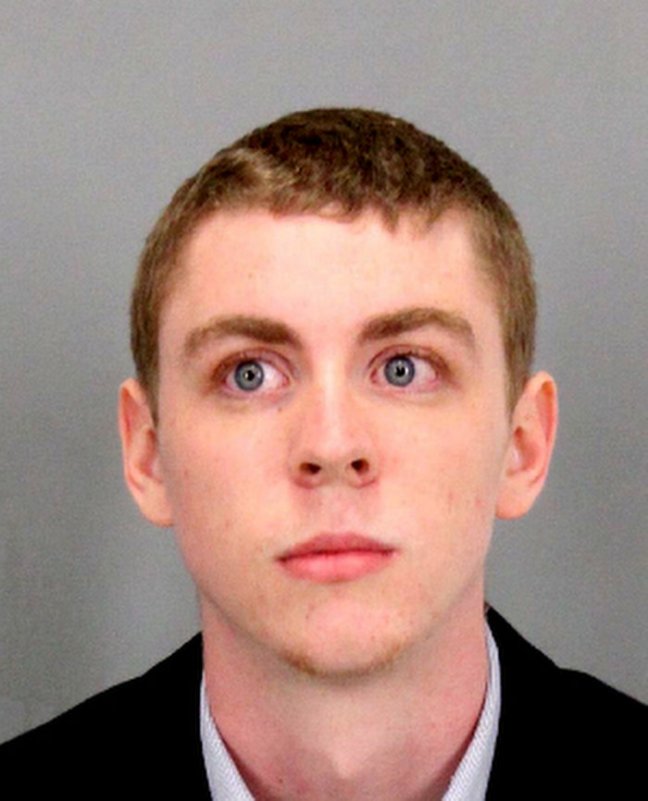 The judge who gave a six month slap on the wrist-jail sentence to privileged and affluent Stanford University student Brock Turner, who got convicted of raping an unconscious woman.

California law makers finally heard the cry for justice and the California Assembly passed a measure 66-0, that requires a mandatory prison sentence for anyone convicted of sexually assaulting an unconscious or intoxicated person.

Assemblyman Bill Dodd, one of the bill’s Author stated: “Sexually assaulting an unconscious or intoxicated victim is a terrible crime and our laws need to reflect that.”

For additional information use link below : 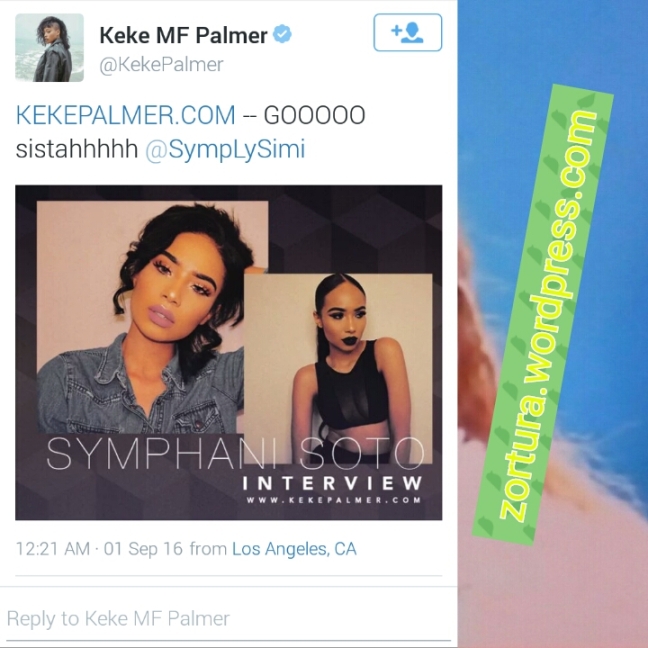 I’m just imagining how happy she was when she got the notification then how it disappeared once she found out it was a mistaken identity and how hard she had to think to figure out the appropriate response that won’t represent bitterness lol. #GoSimi