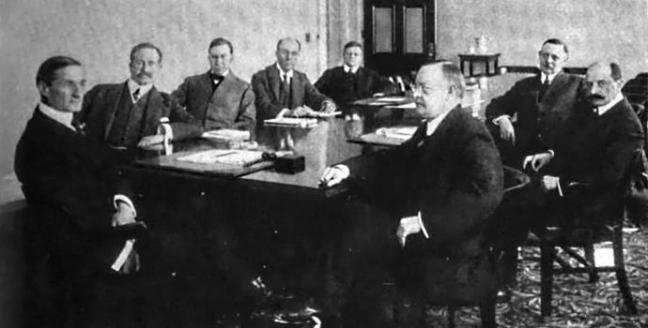 – The Four Horsemen of Banking (Bank of America, JP Morgan Chase, Citigroup and Wells Fargo) own the Four Horsemen of Oil (Exxon Mobil, Royal Dutch/Shell, BP and Chevron Texaco); in tandem with Deutsche Bank, BNP, Barclays and other European old money behemoths. But their monopoly over the global economy does not end at the edge of the oil patch.

According to company 10K filings to the SEC, the Four Horsemen of Banking are among the top ten stock holders of virtually every Fortune 500 corporation.

So who then are the stockholders in these money center banks?

This information is guarded much more closely. My queries to bank regulatory agencies regarding stock ownership in the top 25 US bank holding companies were given Freedom of Information Act status, before being denied on “national security” grounds. This is rather ironic, since many of the bank’s stockholders reside in…