Chris Nicholas is a popular blogger and fiction author based in Brisbane, Australia. At The Renegade Press, he publishes posts and longer essays on the joys and struggles of writing and blogging.

via The Renegade Press — Discover 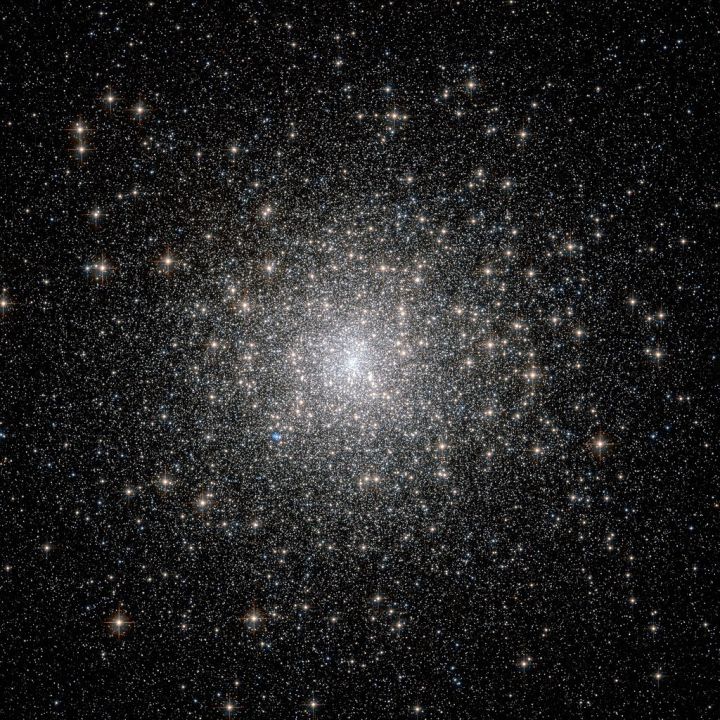 via In the depths of the night — Jane Dougherty Writes

Isaiah 20 has the prophet talking about the time when the army of Assyria conquered the Philistine city of Ashdod.  These were enemies of Israel, but when the city falls, it becomes a threat to God’s people who fear they are next.  The Philistines were both neighbors and thorns to Israel, so there was mixed feelings about the Assyrian victory.  God uses Isaiah to deliver a message.  And he does it in a very unique and impactful way.  “Go, and loose the sackcloth from your waist and take off your sandals from your feet, and he did so, walking naked and barefoot”. 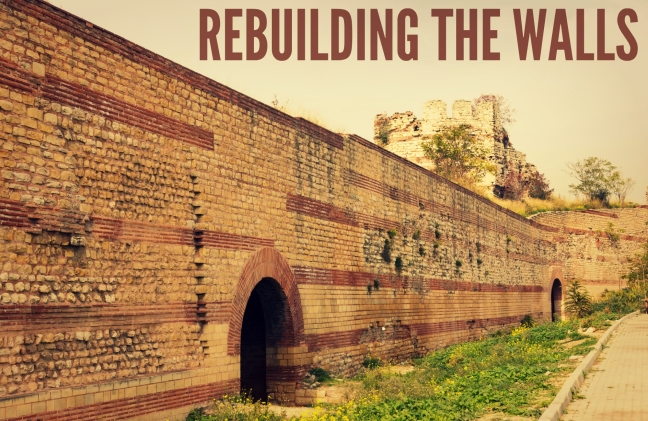 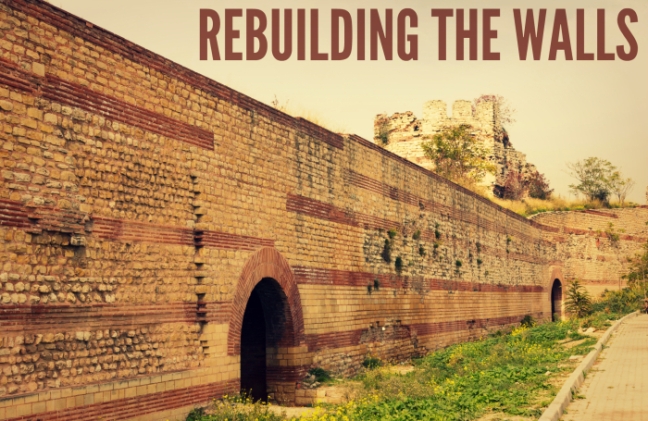 So on October 2 the wall was finished, just fifty-two days after we had begun. (Nehemiah 6:15)

Relate: It was two weeks before Easter 2015. I was standing at the front of a movie theater looking up into a blindingly bright spotlight and about two hundred people behind it. This was to be my last sermon in America before heading off to Turkey. A few days later I would be getting on a plane heading for Istanbul. In the wee hours of Palm Sunday, after plenty of delays, a missed transfer, and an overnight stay at the airport in Moscow, I would be touching down. That means that Easter Sunday, the biggest Sunday of the year, was the first chance I had to understand just how much my world had changed.

As a side note, that message titled Rebuilding the Walls is available online but… 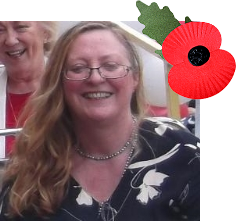 Gillian’s third book, ‘British Evacuation: Told through Newspaper Report, Official Documents and the Accounts Of Those Who Were There’ will be published in December 2016 by Frontline Books.

Gillian Mawson’s Evacuation blog can be found at: 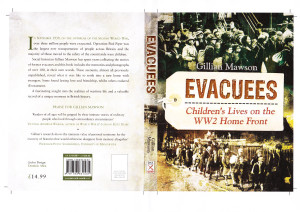 ‘DON’T WORRY ABOUT ME’ – LETTERS FROM SECOND WORLD WAR EVACUEES

Since 2008 I have been interviewing evacuees from the Second World War. I have gathered personal stories from children and also the mothers and teachers who accompanied them and spent the war years in England, Ireland, Scotland and Wales. This includes evacuees from the Channel Islands (Guernsey, Jersey, Sark and Alderney) and Gibraltar, who arrived in England in mid 1940. Evacuees often share wartime photographs and documents, whilst some still possess the treasured postcards and letters sent to and from their families during the war. They contain a wonderful mixture of everyday life, family affection, news… 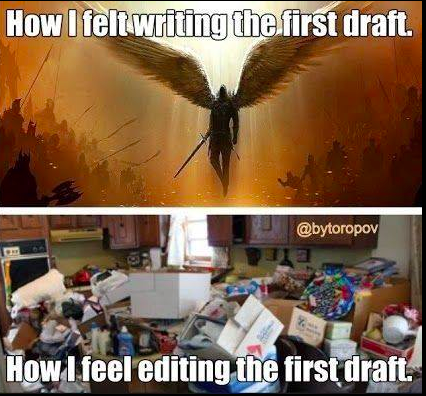 Once we have that crappy first draft usually there will be two major things we need to do…fill or cut. Okay, drinking makes three. And maybe wondering why we didn’t go to dental hygienist school instead makes four….

While it is true that too little substance can generate confusion, too much fluff can create distraction.

There needs to be a balance between…

Enough about the damn snowstorm! and Wait? There was snow?

Thus, once we have that completed first draft and begin our read-through we need to make these refinements to see if what we created meets or exceeds our expectations.

Sadly this is usually the first draft. 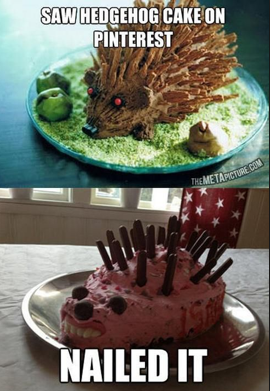 Much of what we will need to do is going to be dictated by what kind of writer we are. Are we a Trimmer or an Embellisher? There is a fantastic post over on Writer Unboxed that describes these two types of writers.

– “…The reason western leaders constantly demonize China is because the most populous country in the world is no longer an impoverished semi-colony. Unlike most of the “third world,” China now stands before the world stronger than ever. The international bankers of the International Monetary Fund and the World Bank are watching as China ebbs their position of global dominance. They intend to take it back”:

(The Battle for Commodities – By Caleb Maupin)

Hillary Clinton and Donald Trump say that they disagree on a number of points related to foreign policy. Clinton remains hostile to Russia and wants to topple the Syrian government, while Trump has, at some points, indicated that he is open to working with Russia and the Syrian government to defeat ISIS. Clinton says she wants to continue promoting “human rights” around the world by arming and supporting dissidents who fight against governments…

WITH   DETAILED ANALYSIS AND FACTUAL LINKS, COMPARE AND CONTRAST WWW.GAMJI.COM WITH WWW.VANGUARDNGR.COM

A GROUP ASSIGNMENT SUBMITTED TO MAL. HASHIM MUHAMMAD SULEIMAN IN PARTIAL  FULFILMENT OF THE

This is a brilliant yet simple infographic that explains the logic of what is deceitfully called “reform.”

Reform begins with a narrative about “failing schools.”

Students take tests whose passing mark is so high that the failure rate is high, thus proving the narrative.

The government closes the schools with the lowest scores, which are almost all in poor black and Hispanic communities.

The empty school is turned over to a private corporation, which has no relationship to the local community.

The privately managed school calls itself “a public school” because it gets public money.

When an employee or a family sues because their rights were violated, the charter corporation says it is a private contractor, not a state actor. 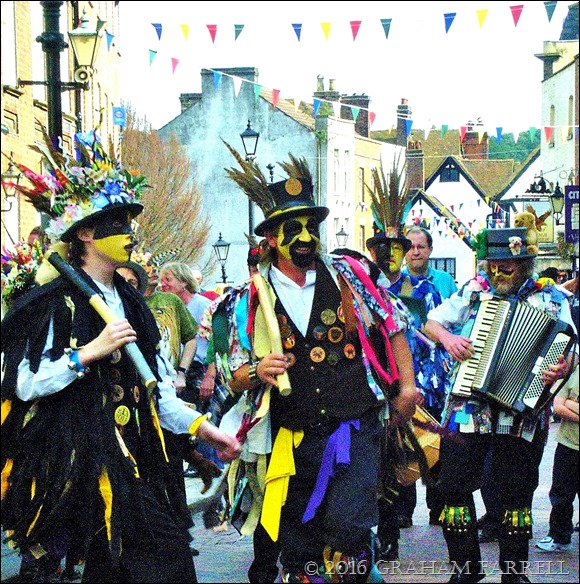 When we came home after eight years in Africa we lived for a time in Rochester, Kent, on the shores of the River Medway. It is an ancient town with cathedral, castle and cobbled streets. It’s also a place that goes in for plenty of fun activities.

For a start there’s a strong Charles Dickens connection. The writer lived in the area and in particular based some of the locations of his novel Great Expectations  in and around the town. Every year, and to mark this important literary association, there is a Dickens Festival. This mostly involves people dressing up in appropriate costumes and parading about the streets. For some reason we have no photos so you’ll just have to imagine the fun of bumping into multiple versions of Miss Haversham out on the High Street.

Instead here we have the Rochester Sweeps Festival, an annual gathering that mostly involves…