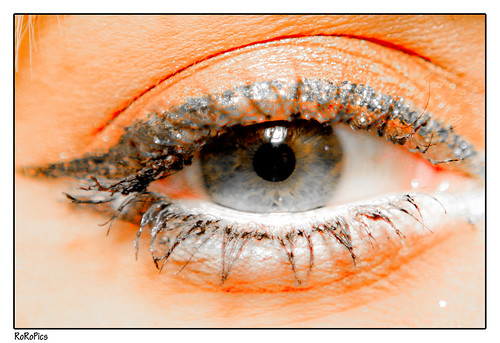 What is it like to perceive millions more colours than other people? Photo by RoRoPics on Flickr.

A selection of 13 links for you. Great links, really terrific– they’re the best possible links. I’m charlesarthur on Twitter. Observations and links welcome.

Kim Kardashian has finally stopped using her Blackberry, but not by choice • Jezebel

»Kim Kardashian, mother of North, Saint, and Selfies, is having a terrible, horrible, no-good, very bad day, and it’s all because her phone broke. But not her Lumee®-wrapped iPhone, which is presumably fine and could easily be replaced by Apple. It’s her second phone—her Blackberry—that has suffered irreparable damage.

Kim, as many of you probably know, is a vocal Blackerry fan—an unsolicited and uncompensated spokesperson, if you will. She prefers their physical keyboards to touchscreen versions on most phones of today, and has spent the past several years stockpiling the now-discontinued BlackBerry Bolds…

Isaiah 12 follows up on the previous chapter where the Messiah takes the throne.  There has been some punishment handed out for failing to obey and keep free of idolatry.  But now praise comes from the heart of the one that has surrendered to the Messiah as king, and enjoys the benefits of His reign.  “You will say in that day: “I will give thanks to you, O Lord, for though you were angry with me, your anger turned away, that you might comfort me”.  Even when God punishes us for our sin, His banner over us is still love.  We need to take comfort in that unchanging truth.

We need to decide to praise the Lord, even when we feel the Lord’s anger against us.  Sin carries a price.  We will go through trials and suffering.  Some of it will likely be directly related to our sin. …

In last week’s Democratic National Convention comedian Sarah Silverman quoted her shrink, who said ‘we don’t get what we want, we get what we think we deserve.’

I don’t remember why I chose to compete in an oratorical contest when I was 12, didn’t know it really meant, didn’t understand what the Optimist Club of Allentown was, but I wrote a speech, and it was about encouraging people to vote.

My speech coach was named Rick Sharp: and even though it was the 1980s, he was in the 70s still with his glasses, his hair and beard, the tie he wore the nights I competed. I don’t remember much about the speech or Rick, but I can see how his eyes narrowed as he focused on me while I practiced, how he twisted the hair beneath his lips, the kind of advice he gave me to be natural, to relax

For decades, I was wasting my votes in South Carolina by aggressively voting against Republicans. I really never voted for a Democrat, but I certainly found all the Republicans so vile that I felt a moral duty to vote against them.

Then in 2005, I was sitting in a hotel in New Orleans just months before Katrina hit and watching an interview on TV with George Carlin. Prompted by Charlie Rose about the 1992 election, Carlin explained that he was a lifelong non-voter.

Since then, like W.E.B. Du Bois and Carlin, I have been a non-voter and very openly not a Republican, Democrat, or (the silliest of all) Independent.

With the rise of Trump, I also resisted addressing this new and unprecedented level of insanity in mainstream politics: Trump is a bizarro cartoon extreme of everything wrong with partisan politics and the U.S. (although he certainly isn’t an extreme…

While practicing a new Zentangle pattern, a thought came to me about the Intro to Poetry class. While taking it, I skipped over the Found Poetry suggestion. I remember I had to learn more about what Found Poetry is, and that I wasn’t quite ready to tackle it.

The topic kept intruding into my thoughts as I proceeded to today’s tangle. While drawing, it occurred to me that I could select a handful of phrases from a book I’m currently reading (well, re-reading). I picked up my tablet and started jotting down phrases as I came to them. At the end of the chapter, I looked at my selection and began rearranging the phrases, tossing aside those that didn’t seem to fit. Using only the selected phrases (from pages 52-54 of Charles Stross’s The Jennifer Morgue),here is what I came up with. 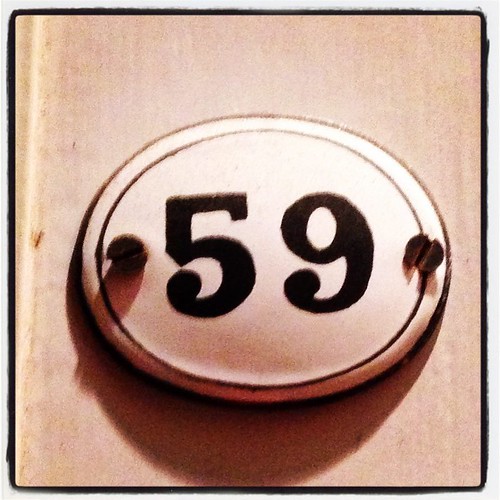 This might be too many for a listicle, but odd numbers intrigue more than even. Honest. Photo by Hecuba’s Story on Flickr.

Business note: The Overspill’s Start up will be taking a week’s break next week, returning – if we’re spared – on August 15. So don’t come crying to me on Monday when your inbox is empty.

A selection of 12 links for you. The wrong number, as you’ll see. I’m charlesarthur on Twitter. Observations and links welcome.

»One in three Britons is choosing to undergo a “digital detox”, unplugging themselves from the internet in an effort to focus on their work and relationships, according to an Ofcom survey.

More than a third of people surveyed by the telecoms regulator said they had deliberately taken a break from their connected devices at some point, with…

Isaiah 13 has the prophet beginning a series of prophecies against the nations.  The first target is Babylon.  Isaiah sees their future.  At the time of this prophecy, Babylon was a significant nation, but they were definitely behind the Assyrian Empire in status. Yet the Lord who knows the end of all things can speak of the judgment on the pride of Babylon hundreds of years before the judgment comes. Isaiah paints that picture for us.  They will rise to power, but God will finally extinguish them.

God has given Isaiah a view of what is to come. This is an army of judgment against the Babylonian Empire, prophesied decades before they were even a superpower. This powerful army is described vividly, with sights and sounds of battle given in detail.  God knows all.  He is in control of even the mightiest of armies.  He knew and told Isaiah what…

Here we are for another week. Today we’re in a virtual grille in a virtual town. Our hostess for this weekly gathering is the talented and gracious author and artist, Rochelle Wisoff-Fields. We’re the Friday Fictioneers group. Our challenge this week and every week is to write an original story with no more than 100 words, not including the title. It’s supposed to have a beginning, middle, end, and follow the picture prompt for the week. This week’s prompt is a repeat supplied by Ted Strutz and requested by C.E. Ayr. Thanks, Ted, and C.E.

To read the other stories by the group members, just click on the link given below, then on the little blue frog in the blue box.

The link for this week’s stories is as follows:

THE BANNER GRILLE by P.S. Joshi

The Olympic Games begin in Rio today – cue views of Copacabana Beach and Corcovado Mountain with its astonishing statue of Christ the Redeemer. Now switch scenes to a small town in rural England, to a meadow in Much Wenlock, and turn back the clock to 1850, for this is where it began – the source and the inspiration for the modern Olympic Movement.

The town’s physician, Dr William Penny Brookes was the man behind the revival of the ancient Athenian games. His objective was clear:

for the promotion of the moral, physical and intellectual improvement of the inhabitants of the town & neighbourhood of Wenlock and especially of the working classes, by the encouragement of out-door recreation, and by the award of prizes annually at public meetings for skill in athletic exercise and proficiency in intellectual and industrial attainments.

He had already started the Agricultural Reading Society and been…

Yesterday one of my long-standing fears was confirmed: futurists are considered moral authorities.

The Intercept published an article entitled Microsoft Pitches Technology That Can Read Facial Expressions at Political Rallies, and written by Alex Emmons, which described a new Microsoft product that is meant to be used at large events like the Superbowl, or a Trump rally, to discern “anger, contempt, fear, disgust, happiness, neutral, sadness or surprise” in the crowd.

Spokesperson Kathryn Stack, when asked whether the tool could be used to identify dissidents or protesters, responded as follows:

“I think that would be a question for a futurist, not a technologist.”

Can we parse that a bit?

First and foremost, it is meant to convey that the technologists themselves are not responsible for the use of their technologies, even if they’ve intentionally designed it for sale to political campaigns.

So yeah, I created this efficient plug-and-play tool of social control…