ATM Statement on recent DENR positions on mining July 13, 2016 ATM welcomes the pronouncements of DENR Sec. Gina Lopez on mining issues.  Particularly, we support the moves to immediately conduct a…

July 14, 2016 – The Citizen’s Council for Human Rights (CCHR) today asked President Rodrigo Duterte to initiate measures that will halt the surge of extrajudicial killings of suspected criminals and drug offenders. The group also called for the investigation and prosecution of persons responsible for human rights violations committed in the course of the war on drugs.

In a press statement, CCHR said that the President’s campaign for peace and order has resulted in an alarming rise in killings, which has already claimed 251 lives between May 10 and July 13.

According to Max de Mesa, chair of the Philippine Alliance of Human Rights Advocates (PAHRA) and convenor of CCHR, the arbitrary killing of suspected offenders violates the right to due process and denies citizens the right to a fair trial.

“We believe that summary methods that violate…

Song of Solomon 2 continues the praise between the maiden and her beloved.  She begins with “I am a rose of Sharon, a lily of the valleys.”  As we talked about, this book likely has dual meaning.  One is the relationship between a man and woman, the other between God and His Son.  This verse shows a major change of her opinion of herself.  In chapter one, she was self-conscious and a bit unsure of her appearance.  Now she’s moved beyond that and has taken the words of her love and made them her own.

These two flowers and their description are often applied to Jesus to reflect his beauty and glory.  There is some debate over whether that was the intent or not.  These are somewhat common flowers, still beautiful indeed, but we should realize that they are not the kind of flowers that would be put…

Cheyanne Scharbatke-Church and Diana Chigas, of the Fletcher School of Law & Diplomacy at Tufts University, contribute the following guest post:

Early last week, the Transparency International (TI) Secretariat in Berlin circulated an Invitation to Tender with a title that grabbed our attention. Framed as part of a commitment to “the highest standards of accountability, organizational effectiveness and learning,” this tender described a “Research Review and Evaluation of Anti-Corruption Work Assumptions: Grievance as a key determinant of people’s anti-corruption behavior.” The email that accompanied the tender suggested an exciting and needed inquiry into assumptions that drive anticorruption programs funded by the international community—on a topic that is closely related to some of our research team’s work on corruption in fragile states  (see here and here). That TI was interested in funding a project of this sort was encouraging: Testing core assumptions, after all, is central to learning and…

“Stop the car!” Stephanie screams, banging her fists on the dashboard.

After over a decade, I’m once again making a journey to the place I have roamed all those years before I came to the U.S. 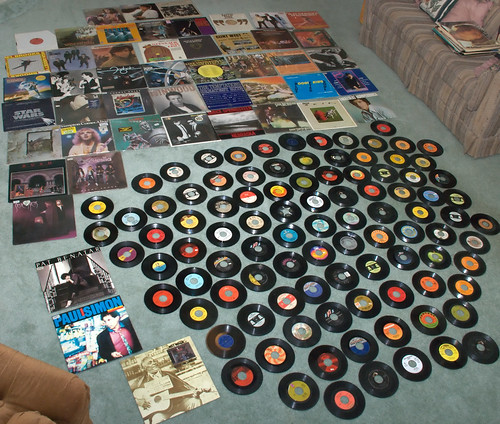 Apple wants to own all this. Times a BEEEELLLLLION. Photo by Adam Melancon on Flickr.

You could sign up to receive each day’s Start Up post by email. Nobody’s forcing you. But if you don’t, we might appoint you Foreign Secretary.

A selection of 11 links for you. Use them wisely. I’m charlesarthur on Twitter. Observations and links welcome.

»”The PC market continues to struggle as we wait for replacements to accelerate, along with some return of spending from phones, tablets, and other IT,” said Loren Loverde, vice president, Worldwide PC Trackers & Forecasting. “Our long-term outlook remains cautions. However, the strong results in the U.S. offer a glimpse of what the market could look like with pockets of growth and a stronger overall environment. It’s not dramatic…

Tips, Content , And Tools To Help You Create A Income Online

Enjoying Life in the Ozarks

Stay tuned for some Hotch-Potch.

LOVE IS THE ANSWER

Posts that have to do with our everyday experience

who you follow now determines what follows you in life

As long as there's breath, there will always be HOPE because nothing is pre-written and nothing cannot be re-written!

Poetry to Honour the Gods

The beginning of the gospel of Jesus Christ, the Son of God; (NIV)

Sempre in Movimento! Published Every Monday and Friday at 12 PM EST

Mixed-Up. My diary about family secrets, DNA, and the complexities of race and adoption.

A blog about family secrets, DNA, and the complexities of race and adoption.

The Blessed Virgin Mary in Scripture and Tradition