Sounds like big changes are coming to Boston.com, the free website the Boston Globe launched in the mid-1990s and whose mission has shifted a number of times over the years.

The takeaway from the memo below, from Boston.com general manager Eleanor Cleverly and chief engineering and product officer Anthony Bonfiglio, is that the free site will get smaller (buyouts are being offered) and that the priority will be the paid BostonGlobe.com site. It also sounds like Boston.com is being repositioned as a lifestyle-and-entertainment site in a way that’s not unlike a suggestion I made a year and a half ago at WGBHNews.org.

The news comes just days after Linda Henry, wife of Globe publisher John Henry, was given oversight responsibilities for Boston.com.

I don’t like to see people lose their jobs, but beyond that, the changes might make sense depending on how they play out. There is no reason for Boston.com and the Globe to…

No, it’s all nonsense, believe me.  I had no idea how much nonsense it was, but nonsense it all is. Anna Scott, Notting Hill Everything that is wrong with edujournalism and the teaching of writing …

Source: Adventures in Nonsense: Teaching Writing in the Accountability Era

The forests, wildlife, plants, and vegetation of the Mekong River Basin are under sustained assault.  Not from some virulent new fungus or mutant virus.  No, the attacker is a man-made pathogen: th…

All day today I have been waiting for the power to go off again. Last night, we lost power for roughly four hours–third power loss of two or more hours in one day. Candle light does not make … 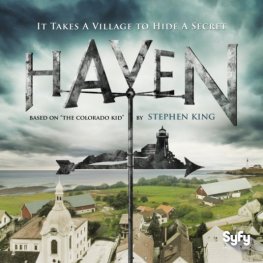 I’m finishing up a Haven marathon.  If you’re not familiar with this SyFy Channel show that got cancelled last year, think Stephen King (it’s based on one of his stories) when he’s not at his best.  Hokey, repetitive and, at times, incomprehensible, but with enough great characters and moments of genius dialog to keep my attention.  Gloria, the smart-ass coroner, is worth it all by herself.  And Dwight, the Chief of Police, isn’t hard to look at either (This GIF is from an episode where they switched bodies—one of my faves).

The folks in Haven, Maine have Troubles—like attracting bullets, or talking to the dead, or blowing up anything they touch.  I always liked that understated description for the load of misery the townsfolk suffer.  Troubles.  I’ve unofficially adopted it this summer.  As in “my Trouble is flaring up.”

Which it did today.  I got a naggy, creepy-crawly feeling that something

Tips, Content , And Tools To Help You Create A Income Online

Enjoying Life in the Ozarks

Stay tuned for some Hotch-Potch.

LOVE IS THE ANSWER

Posts that have to do with our everyday experience

who you follow now determines what follows you in life

As long as there's breath, there will always be HOPE because nothing is pre-written and nothing cannot be re-written!

Poetry to Honour the Gods

The beginning of the gospel of Jesus Christ, the Son of God; (NIV)

Sempre in Movimento! Published Every Monday and Friday at 12 PM EST

Mixed-Up. My diary about family secrets, DNA, and the complexities of race and adoption.

A blog about family secrets, DNA, and the complexities of race and adoption.

The Blessed Virgin Mary in Scripture and Tradition